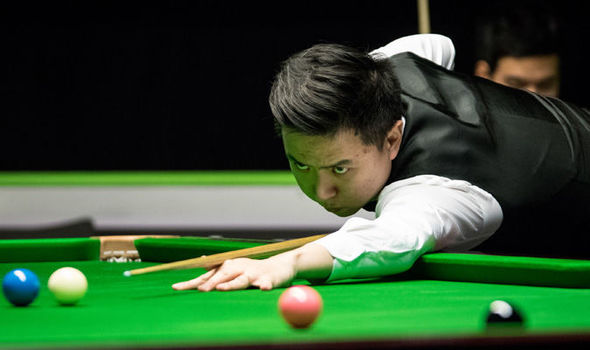 The Thai player, 28, got the first chance in the decider but ran out of position and Selby seized his first opportunity to win the match in style.

World No 89 Jamie Clarke continued his dream form at the Crucible by establishing a overnight lead over fellow qualifier Anthony McGill. And Mark Williams revealed how a blunt appraisal of his performance from his year-old son Kian spurred him on to beat Stuart Bingham.

The three-time former winner turned an overnight tie into an impressive win over his fellow former champion, taking him into the last eight at the Crucible for the ninth time where he awaits either Ronnie O'Sullivan or Ding Junhui.

Williams said: "I walked in and the first thing he said was, 'Why are you so crap? The year-old Williams emphasised his newly relaxed demeanour, laughing at himself for missing a simple black in frame 11 and tweeting about the "best of 5" showdown as the pair sat locked at at the mid-session interval.

Noppon Saengkham has been an ever-present on the World Snooker Tour since and has twice reached the semi-finals of a full-ranking event.

His best results as a professional to date came in when he reached the last four of both the Welsh Open and the World Open, narrowly losing out on both occasions to Barry Hawkins and Mark Williams respectively.